Trip of a lifetime...

January 2012. No. June 2011. The first time I hear about the Shetland Wool Week. It sounds great, ít's pretty close and there is NO way I can go. Our son was ill, I had to work and there was no budget at all. My husband was unemployed. What was I thinking.
October 2011. Wool Week in full force. The sécond it was over, I mailed if there would be the another one. Reply was they had to evaluate and I'll hear from them.
Our son was doing better, commissions kept coming in and I started saving. You just never know. Right.

In the meantime I had announced my plans wanting to go to Shetland and she replied she had already been there. We planned a meeting on Jan 6, 2012. She would tell me all about Shetland.
Little did we know, the announcement for the next woolweek was thát day! I came home from my friends house, discussed it with my husband and I bought the ticket the same evening.
You can read from this I'm stupid. I had no means of transportation on the island or to the airport for that matter. I hadn't even booked a house to stay in during that week. I had no idea it would be out of season too, which is from May to September. I just had to go.

In the many weeks that followed my husband, children, parents and friends must have gone seriously insane from my ranting about Shetland. In the meantime some friends volunteerd to come along and in the end Ammerins actually did go with me. Which was a good thing. She's a very experienced traveller. The language wouldn't be much of a problem for me, but she planned a lot of stuff on the itinerary that I probably didn't plan to go to in the first place.

I have travelled before. My parents have shown me and my 2 younger brothers a lot of Europe in their little car. Culture and sightseeing was preffered above sunshine and beaches. I didn't mind at all. Later, at highschool I was in London for a week and at artschool in Italy for 2 weeks. When the main group went left to the academia of Venice, I went right to the backstreets and see if there were any nice things over there to look at. I already went to school every day, I wanted to see the actual city. The same in Milan, Como and Ravenna. With my husband and children we've been to Germany and Italy too. But that was years ago.
Shetland would be different. It was the ONLY place in Europe NONE of my relatives have been too. That is a plus.

Finally it's October. Time to go. I'm happy and in retrospect I looked relaxed, but believe me, I wasn't.
I've never been on a airplane. This was the first trip I had planned on my own, for myself. It worked out because Ammerins went with me, I'd probably be lost between checking in and reporting to the border security...

In the previous posts you can read what we all did. I've taken more than 500 pictures, some video's. I'm still chatting with fellow knitters we've met during wool week. We've been on the covers of websites, I talked on the radio, blogged about and we ended up in the Magazine of 60North. Wonderful.

Back home something started to happen.
I felt like I changed a bit. The islands kept popping up every day. All the time. The sights, the lack of sound. The things we've seen. The landscape was so unusual to me, I still couldn't believe it, eventhough I've been there, and looking back at pictures.
I lóve it. Normally I really am fond of something different. Why can't I stop thinking about it.

Luckily I also work as a mail-delivery-person (to put it correctly...). That gives me time to think about it even more.
I'm a chatty person. I talk a lot. When I can. I don't have many friends that visit me. The internet helps in that way now. In my head it's quite busy too. Always a lot going on. Anticipating things with the children, work and knitting. A lot of knitting.
But since I got back from Shetland I felt different about the knitting. I felt really small. I didn't meet many people that knit lace like I do. Most of the knitters and spinners knit other stuff.
I wanted to go to Shetland to see the lace I know from pictures, for real. The pictures on the website of the Shetland Museum are excellent. They lack only one thing. SIZE!

I was totally overwhelmed by the lace I saw in the Museum (Lerwick) and Heritage Centre (Unst). It was SO thin and delicate. And knit áges ago in bad lighting and dark houses. Handspun yarn. Am I a lace knitter?? Nah. Are you kidding? No. Not me.
I can knit every pattern I saw. I can write it down and reproduce it without 'thinking' about it. Honest. But then and there I realized one thing: with yarn this fine spun, there is NO room for errors. No tinking back. No doing over. If you breath to hard, the yarn will break! And it was TWO PLY!
So. Where does that leave me??? Skilled? Sure. Qualified? No. (not yet??).

And this afternoon I realized something else. The only two times it was quiet in my head was the day we heard our son had cancer and the day we were on our way to Sandness. Our son is doing fine, and the way to Sandness is an experience I will never forget. It's a good thing. Silence. You just have to experience it.
In my mind I associated the silence in my head with the one experience I had with it before. And that was when I heard the bad news.
Shetland was one big positive experience. Every day. Every minute. Except in my memory. It was so overwhelming I couldn't handle it.

There is only one way to cope. I have to go again.

I've decided that this year will not be a good time to go; 2014 is better. I've started saving again. My husband has a job until September this year. We'll have to wait and see how it works out after that.
I hope that the next time I'll set foot on Shetland soil, I'll be more relaxed and not so eager to see and do it all. I've asked my friends again to come along. It will be a trip we'll never forget.....
op januari 08, 2013

Good for you! I will keep my fingers crossed for you, and hope you get there. And I know what you mean about the silence, and the quiet in your head - except with me, I'm wishing for it!
Take care and save hard!!

Dear Monique,
you are such a brave lady, you will be there for sure. Just use the rocks in your way to pave the street. Best wishes for you and your family.
conny in Yokohama 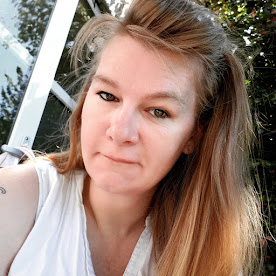 Follow me or look me up for a chat 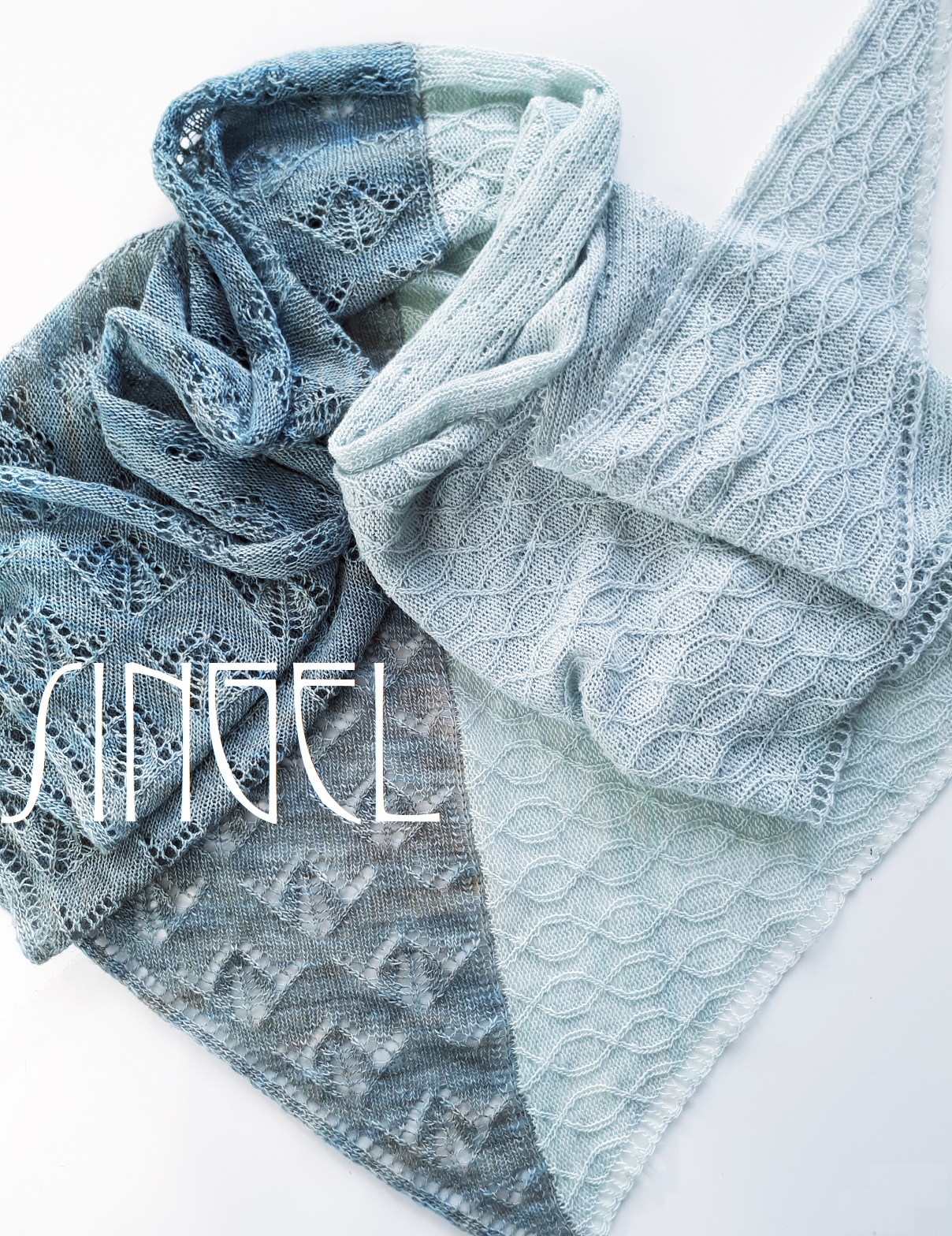 ERRATA: not 12 but 15 repeats of the first pattern part. Then you end up with 267 stitches. 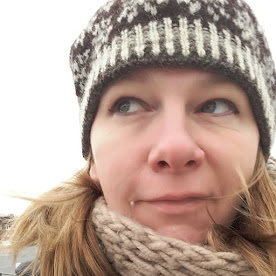 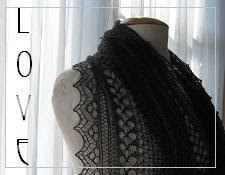 In NL and ENG. 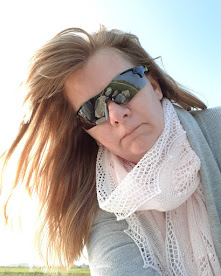 A Passion for Lace has patterns and prêt-a-porter shawls

MoniqueB.
I'm a mother of 3 teenagers, married and in the daytime I'm a mail delivery worker for PostNL. Lots of fresh air and time to come up with new ideas and designs. Fine lacework is really my passion; I not only knit on commission but also make designs for you to knit. In the most delicate yarns available ofcourse, so you can feel luxurious. Be proud to wear it! This blog is in dutch and english, mainly because I can not write in german or french. I put in a lot of pictures, they speak for themselves... Have fun! 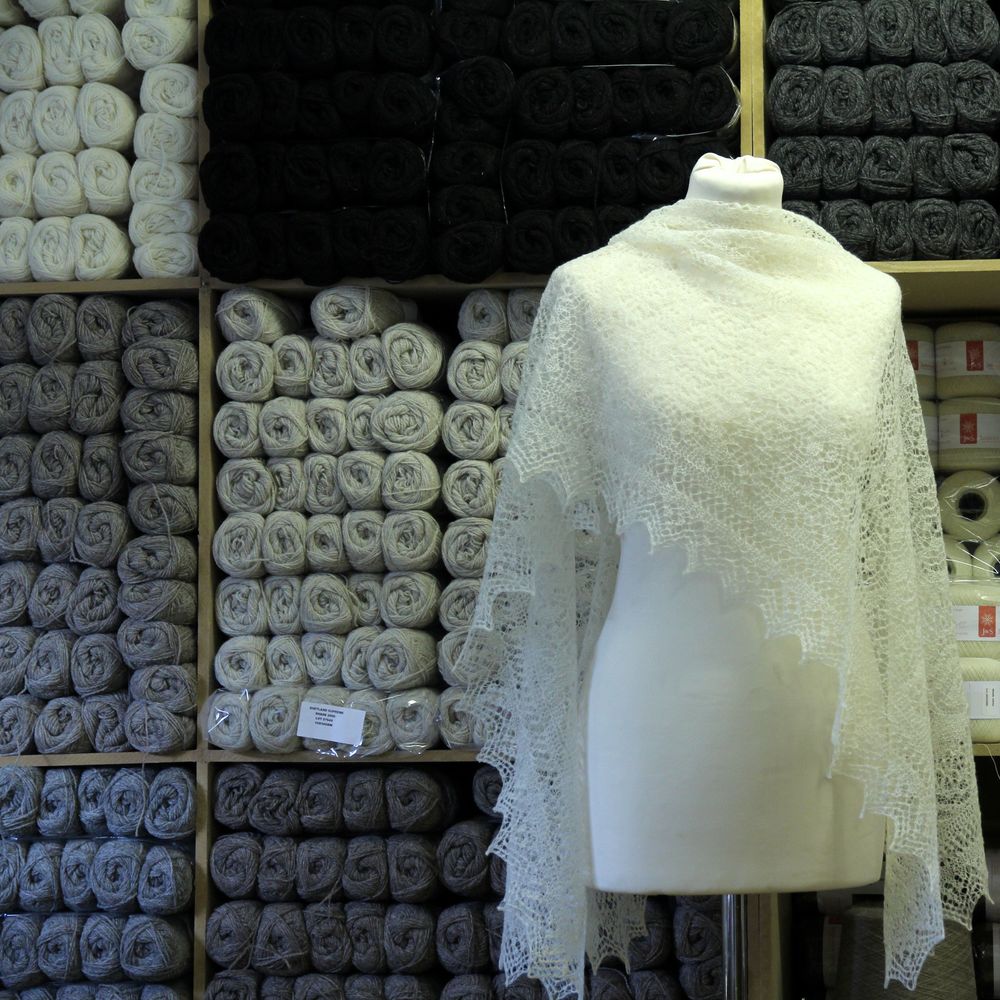 My design for Jamieson & Smith Woolbrokers 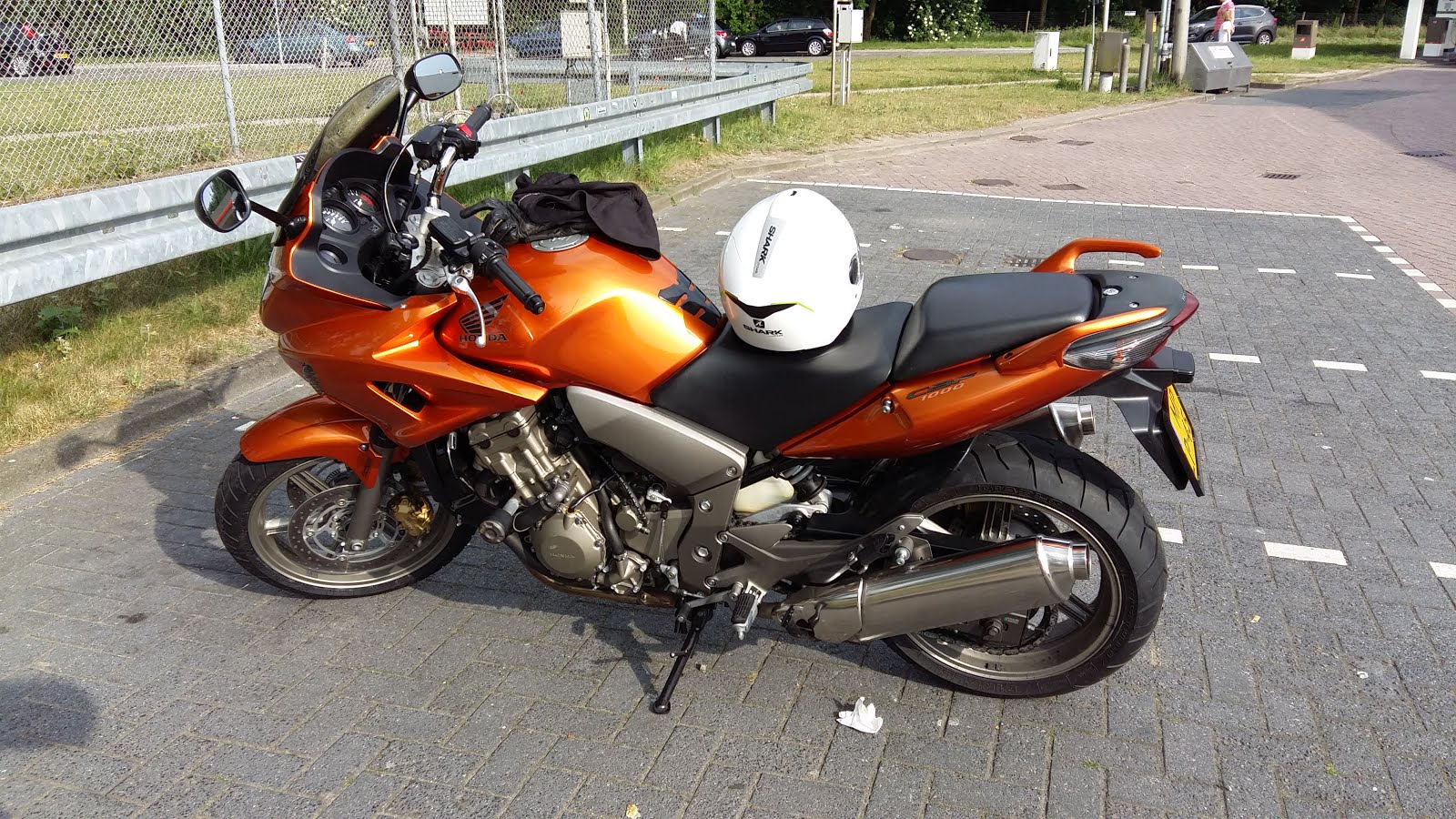 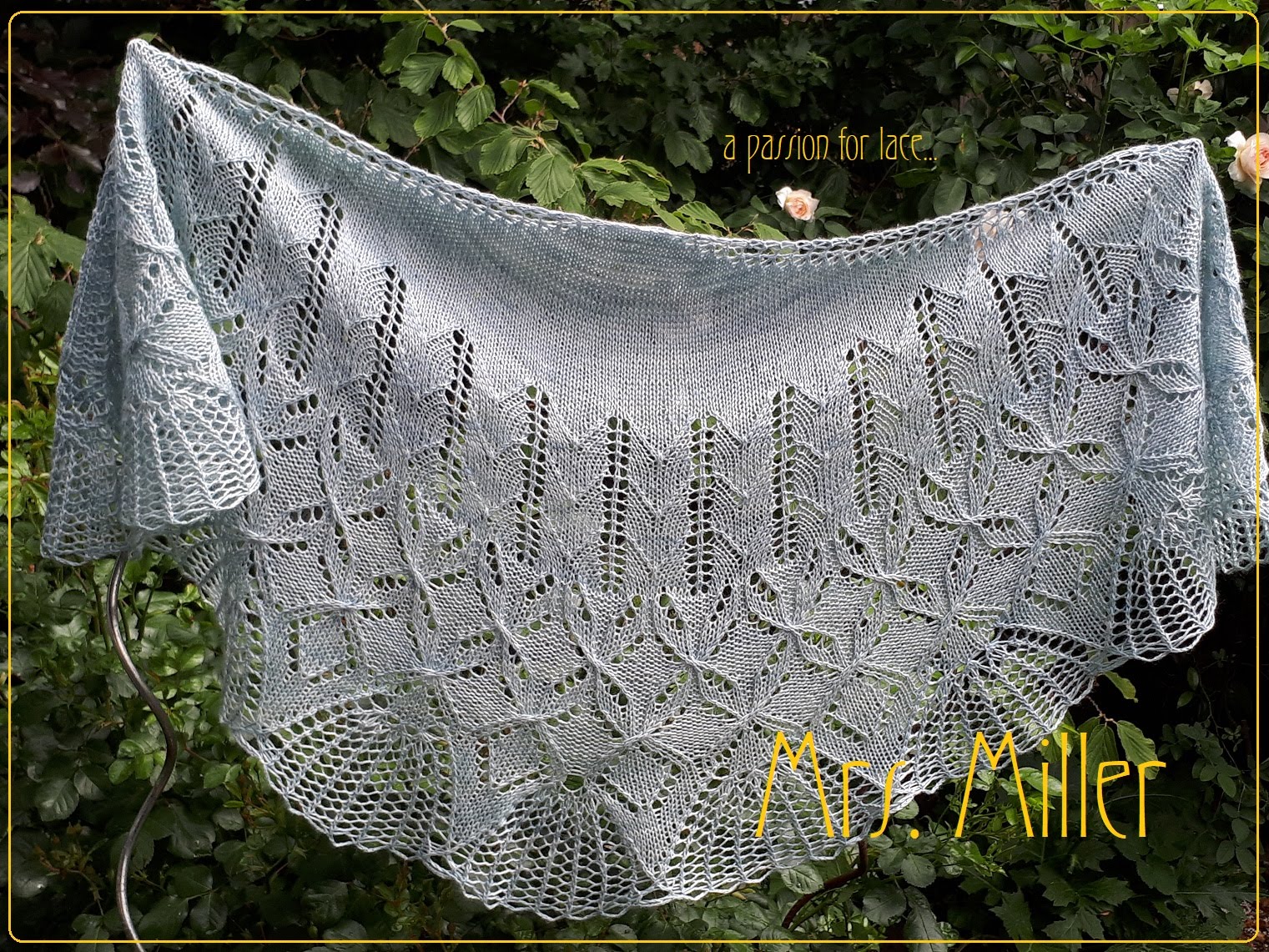 To make ordering from shops even easier... 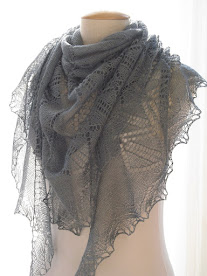